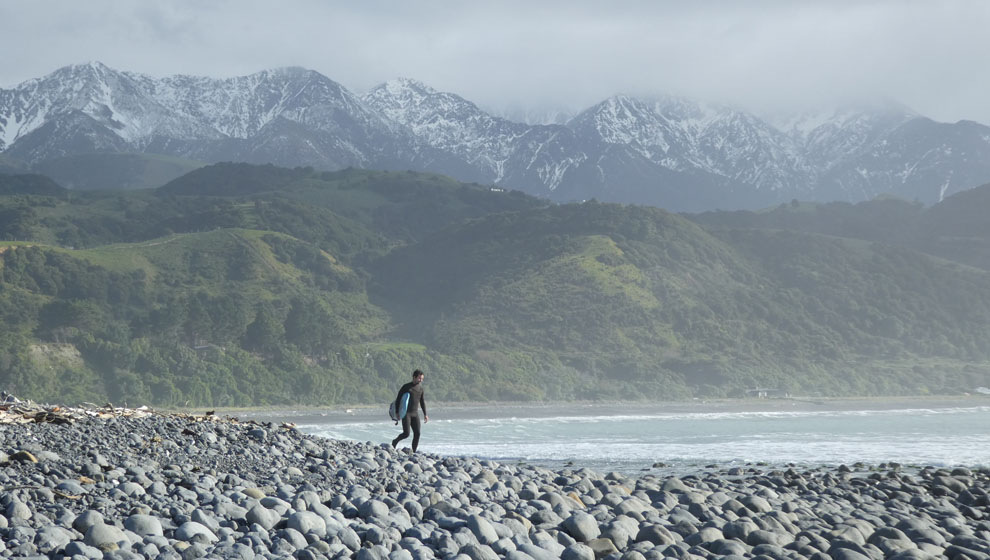 A feature of the new brain is its ability to self-reflect. And given that the older unconscious parts of the brain tend to dominate, its easy to see why as individuals we carry out rather less self-examination than we are capable of. But what if an entire culture has a similar collective blind spot?

Lately we have spent a fair bit of time in and around the wellness industry. And this made us wonder about the nature of the new age culture, is it all rosy in the world of mindfulness and spirituality?

This culture has defining precepts of peace, environmental awareness, and personal growth. It's a world where meditation, yoga, and nutrition are part and parcel of a sub-culture known in many circles as the New Age movement. For the present purpose, i will just refer to this bundle of cultural identities as mindfulness.

We all know from the conventional narrative, that mindfulness is a good thing. Nonetheless if we use social neuroscience as a yard stick, a closer inspection shows up some interesting implications for our subculture.

Steven Porges identifies two important characteristics of a socially healthy person: accessibility and vulnerability. But so often when around people from retreat centers, intentional communities and environmental groups i find myself asking how come so many of us got to be so hard shelled and socially hesitant? People say, oh its a cultural thing, and well it is, but that doesn't mean it has to be that way.

A little research shows that there is a recent surge of writing about the problems with the mindfulness movement.

They discuss issues around the lack of scientific rigor of the studies supporting mindfulness as a well-being protocol. They mention McMindfulness, the commercialization of the "spirituality industry". They talk about the departure from the traditional social roots of the originally eastern spiritual practices, and picking the parts out that allow us to reduce stress while continuing to participate without complaint in a non-human-friendly corporate and political system.

"Mindfulness just helps people cope... Instead of encouraging radical action, mindfulness says the causes of suffering are disproportionately inside us, not in the political and economic frameworks that shape how we live. And yet mindfulness zealots believe that paying closer attention to the present moment without passing judgment has the revolutionary power to transform the whole world. Mindfulness practices do not permit critique or debate of what might be unjust, culturally toxic or environmentally destructive. Rather, the mindful imperative to accept things as they are while practising nonjudgmental, present moment awareness acts as a social anesthesia, preserving the status quo... An illustrative example is the practice of recycling. The real problem is the mass production of plastics by corporations, and their overuse in retail. source

My interest today focuses on the lack of interest that mindfulness appears to have for the value of connection. "I meditate every morning, am a vegan, go to yoga twice a week etc, that's the source of my identity as an evolved person". But do I need to collaborate, to organize, to negotiate, to risk showing my messy emotions to my fellow human beings?

We also noticed a distinct social phenomenon within these circles, so much so that we gave it the nickname nicey-nice. It's where people kind of wear a badge saying we are all happy and blissful here... but please don't come too close to me. If we talk, I agree to say nice things to you, on condition that you only say nice things to me. We will not ever deal with conflict.

Mindfulness has it that our path to connection is with the divine, the source of all things. But i wonder, how can we be truly well, and truly joined to a greater divinity, without being open to being connected with others?

So when i, for example, confess to a new group that i am feeling a little social anxiety today, people look at me as if to say, "surely not, you're a good person, and you are welcome here". In other words, we don't have anxiety here in the world of mindfulness, we only do light and harmony.

But when I finally get the courage up and proceed to offer up my energy and attention with an open heart, these same people will hesitate to meet me (for years i believed that this was my fault). Because as it turns out underneath that happy exterior, people are still just as scary as they are in the mainstream. Maybe even more than the mainstream. As a subconscious defining core belief: that people are dangerous.

Some insiders put it this way:

"When the human ego attaches itself to new age spiritualism, it conveniently bypasses the discomfort of working through these emotions. Instead, it leads to an "I-can't-hear-you-from-this-higher-plane-of-existence" sensibility. These people will encourage you to explore your consciousness, yet having never explored their own, they refer to "consciousness" as if it's somehow restricted to the mind, detached from the physical body, where emotions are actually felt. source

"The problem is the tendency to present mindfulness as a panacea for all manner of modern ills... Mindfulness is uniquely unsuited for the project of real self-understanding - mindfulness doesn't allow you to take responsibility for and analyse your feelings. Mindfulness, grounded in anatta, can offer only the platitude: I am not my feelings. source

Professors Condon & Makransky writing in Psyche expand: "Modern meditation and mindfulness, beginning with an atomistic sense of self, can reinforce an individuals sense of disconnection. They can present meditation as a passive source of comfort for the self, instead of a practice that uses discomfort to create solidarity with other sufferers. source

I've been going to yoga classes for several years, and at most classes there is an unwritten rule that there is to be no chitchat before during or after yoga. Its the same rule as at the gym, or the library, we are here for serious purposes. It's a solo pursuit, albeit in a communal setting.

"There is something about yoga that seemed to ask people to disassociate. My disassociated state was seen an a sign of spiritual attainment. Yoga is a branch of spirituality that celebrates out of body states... many forms of spiritualism and metaphysics exert a strong pull on disassociated trauma survivors." -- Karla McLaren, The Language of Emotions.

Meditation is a powerful tool. But another way of viewing meditation is that it is about being fully present in everything we do. Everywhere, all the time. Inhabiting our body fully. Under this lens, i wonder how much of the ritual of sitting meditation that is adopted by the mindfulness industry is a form of self imposed self isolation, or a socially acceptable packaging for isolation. And of non-feeling, because in connection we have to feel.

The literature reports that mindfulness meditation can actually also be harmful. If we have unresolved trauma, sitting too still can lead to re-traumatization.

"A recent comprehensive meta-analysis of randomised clinical trials showed that mindfulness interventions only led to moderate improvements in depression, anxiety and pain, and very small improvements in stress reduction and quality of life.... A cross-sectional study on the effects of intensive and long-term meditation reported that over 60% of individuals had at least one negative effect, which varied from increased anxiety to depression and full-blown psychosis"   source

I also detect a sense of self-flagellation that runs though this culture. Meditation in a cold dark room, when the sun is shining outside. Shared meals where the main topic of conversation is about the things we should and shouldn't be eating. Fasting is also popular. Silent retreats where not even a glance to others is permitted. Just perhaps, suffering as adults feels familiar to the suffering we experienced as a child? And therefore manageable in its familiarity.

While the ideal of community is a buzzword within mindfulness, it seems to have an incomplete meaning. As for example, community consultation or, community engagement. When mindfulness develops initiatives to create physical communities such as ecovillages or community development organizations, the internal conflict results in communities that are more in name only. Inside participants there is conscious intellectual pursuit of community, but an equal and opposite subconscious anxiety surrounding social connection and the intimacy that it involves.

Eating with us mindfulness folk is always interesting. Ideological based dietary restrictions are common. Veganism, with its new branding "plant based diets", is on the rise, as are raw foods. Remember, I've done all this myself, so i know how a person arrives here. But, a cursory look into the evolution of our species reveals, to my considerable dismay, that we evolved by eating high density cooked foods. That's why our brains are so large, and why we are not still living in caves. source source

Moving on. While in India i heard Amoda Maa speak at satsang, and she had this to offer:

"From my perspective, despite how it presents itself, most New Age spirituality is not about love and acceptance of what we are; it is about escaping what we are. The basis of ascension in New Age spirituality is not the desire to attain some ultimate wisdom; it is the desire to not be who you are, the self you are right now in this present moment... I'm not interested in how spiritual you are. I'm interested in how willing you are to stand as openness in the face of brokenness and loss... And yet openness is so often missed, overlooked, unrecognized... Often, when I speak about openness there's a fear that if we open, well be taken advantage of, abused, harmed. There's a tendency to believe that we cant be vulnerable or tender, we cant feel the excruciating depths of our feelings, we cant allow ourselves to be pierced by the horrors of the world .. because it all hurts too much. And so we employ some clever acrobatics to bypass our experience, numb out, stay asleep." source

Finally, late in my research on this phenomena, i discover that these drawbacks to the mindfulness culture are not unknown. Robert Masters writes in his book Spiritual Bypassing:

"Spiritual bypassing, a term first coined by psychologist John Welwood in 1984, is the use of spiritual practices and beliefs to avoid dealing with our painful feelings, unresolved wounds, and developmental needs. It is much more common than we might think and, in fact, is so pervasive as to go largely unnoticed, except in its more obvious extremes. Part of the reason for this is that we tend not to have very much tolerance, either personally or collectively, for facing, entering, and working through our pain, strongly preferring pain-numbing solutions,regardless of how much suffering such remedies may catalyze... It is a spiritualized strategy not only for avoiding pain but also for legitimizing such avoidance, in ways ranging from the blatantly obvious to the extremely subtle... Aspects of spiritual bypassing include exaggerate detachment, emotional numbing and repression, overemphasis on the positive, anger-phobia, blind or overly tolerant compassion, weak or too porous boundaries, lopsided development (cognitive intelligence often being far ahead of emotional and moral intelligence), debilitating judgment about ones negativity or shadow side, devaluation of the personal relative to the spiritual, and delusions of having arrived at a higher level of being."

Speaking for myself, this has been quite a rude shock to unpick what I thought was my identity, only to find that it has been a major life detour. It turns out its really easy to live your entire life within, and identifying with a particular subculture, and not ever really examine it's foundations or rationale. Alas the sun is shining, so I will leave you with this vision: let all of us within this circle now reorient our compasses toward finding the courage and the conscious intention, to make ourselves open and vulnerable to the joy of connection. Of course this means dealing with our stuff, right? 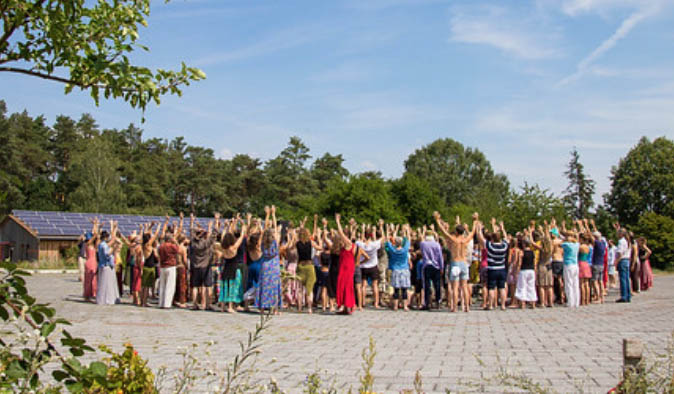