Why we must find the Wonderful within 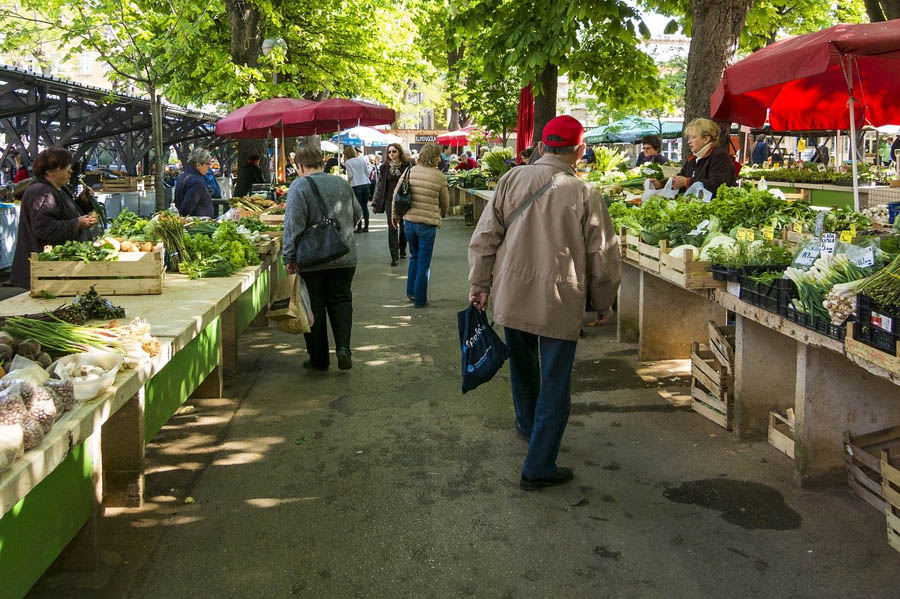 There is a growing body of thoughtful, sensitive people asking questions about the covid situation. Listening to these courageous voices, does provide some welcome relief from the otherwise narrow, oppressive narrative of anxiety and doom. However, and I do not know about you, but personally I have reached the point where the nature of the problem is altogether clear enough, and immersing myself in the testimony and analysis of the questioners, serves only to solidify a feeling of futility and helplessness.

From within the DNA of the Life is Wonderful framework, we find ourselves much more fascinated by the world of solutions.

While brooding on this a bit, we went down to the weekly farmers market, and then to the monthly food coop. Where a lot of people stock up on their weekly supply of fresh produce, direct from the farmers. Great right? But the farmers market here starts at 6am and is done and dusted by 10am, and it's located in a particularly shady spot, and so on a cool winters morning, visits tend to be brief and perfunctory.

Now traditionally, the marketplace served as a communal space, and a place for people to gather and catch up with friends. On this occasion i couldn't help but reflect on the ways that the dominant regime have so effectively and completely monopolized, not just the media, politics, finance, and commerce, but also the very places that people might gather, the town commons. Despite the cool morning air, and the sun hiding behind the overhead railway embankment, people made the best of the occasion to connect with others of like mind.

The food coop, being indoors, is a little warmer, and the crowd of people more concentrated, so folk dwelled a good while to chat in twos and threes and fours. But again, it's an industrial building without any measurable design aesthetic as a social space. The fact that people persevered at both venues really testifies to the need we have as social beings to connect with each other. A lot of these families have properties in the surrounding countryside, and are busy trying to make a difference, but are separated by distance and a culture which demands only service to the system. So these opportunities to network and socialize are super important.

But people often ask, how did we get to this place where the fabric of our society so poorly accommodates basic human needs and aspirations? And how come those of us that can see this, aren't able to organize to create such spaces and alternative systems? Why do those of us questioning what's going on right now, struggle to get beyond the analysis, to be able to collaborate to build an alternative future, a future without coercion, propaganda, censorship, and related forms of control?

The answer, according to our model, is actually quite simple. Consciously or unconsciously, whether we are aware of it or not, 'other people' are associated in the cells of our body with both danger and unpleasant feelings. When our nervous system was immature, as infants we are very susceptible to the formation of these type of core beliefs. Any time our nervous system is overwhelmed, we slowly build up layer on layer of distrust for others. And so either seek to avoid them, or control them. These core beliefs stay locked in our bodies until as adults we maybe get curious enough to delve into the mysteries of our psyche, to rewrite these beliefs enough to learn to trust again. This is just the nature of the old brain, and in evolutionary terms these core beliefs were very effective defensive strategies prior to the arrival of newer brain structures.

The new brain, is exactly that, a recent development, and still a work in progress. One of the major limitations of the frontal cortex is that it takes 25 years to fully mature, so as infants, we simply aren't able to compute something like the following: "My dad came home angry, and yelled at me. It hurt. A lot. Maybe men are dangerous. But hang on I know that his boss is not very nice and Dad's job is threatened at the moment. So, it's probably not about me, he'll get over it soon." Instead, the old brain is a vastly more primitive system, even though it comes standard as part of every modern smart human being, and 100% functional at birth. People are always surprised when we explain how the old brain works. Its just a simple computer that stores, incredibly persistently, every single bad (and good) thing that ever happened to us (with an emphasis on the bad, that's just plain good for survival)

So looking at it in this light, it really is no surprise at all that we tend to keep mostly to ourselves and to our familiar circle, and limit the extent that we let others, both strangers and potential friends more deeply into our lives. And that the necessary negotiation, decision-making and conflict-resolution skills are as yet to be incorporated into our skill-sets. That an effective response to whats coming is shy in forthcoming.

But, alas, now the day has arrived, where each one of us is faced with a pivotal choice. Is this situation good enough, and we will just wait and see what the 'health emergency' has in store for us, and just hope for the best? Or do we, individually and collectively, instead set the objective of rewriting our faulty programming, and do the work to learn to truly cooperate and connect with each other? So that we can create a new, brighter, more humane world. A world that sprouts from and is suited for the continued development of the new brain.

Circumstances have brought a profound urgency to this decision and work. So, from where I am sitting, it looks very much like now is the time.